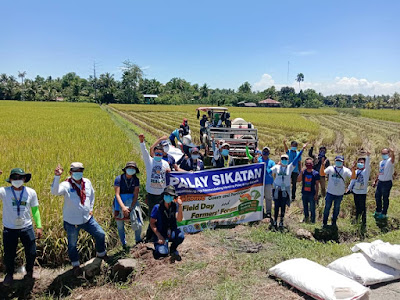 In a Facebook post dated 03 October 2020 by the official FB account of the Rice Competitiveness Enhancement Fund (RCEF) of the Philippine Department of Agriculture, a variety of Green Super Rice called NSIC Rc 480 was able to almost double its maximum yield per hectare, from 4.4 tons to 8.3 tons, during the Palaysikatan Field Day of the Philippine Rice Research Institute (PhilRice) in Sto. Tomas, Davao Del Norte.

More than 30 farmers participated in the PalaySikatan Field Day, the first in the Davao Region. The technology demonstration showcased recommended rice varieties, technologies, methods, and machinery in rice cultivation. Through this optimized process, the farmer with the NCIS Rc480 variety was able to harvest 125 sacks of rice at 66kg each, the equivalent of 8.3 tons per hectare. It was an eye-opening sight for the farmers, demonstrating to them that rice yields can be dramatically increased through modern crop management. 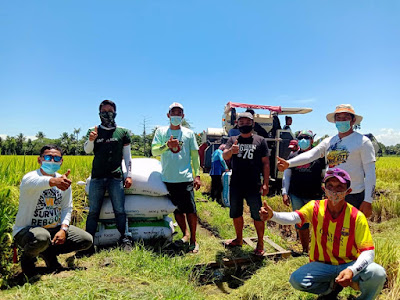 Green Super Rice (GSR) is a collection of cultivars that come from a mix of more than 500 promising rice varieties and hybrids. GSR varieties are bred to be tolerant to different abiotic stresses, and they have been proven to perform well even with less inputs such as fertilizers and pesticides. The Green Super Rice Project is a collaboration of the International Rice Research Institute (IRRI), the Chinese Academy of Agricultural Sciences (CAAS), and the Bill & Melinda Gates Foundation (BMGF) to develop high-yielding and resilient rice crops for increased food security and farmer income while protecting against climate change effects.

NSIC Rc 480, also known as GSR8, is a top-performing GSR variety bred at IRRI that was released for two conditions, rainfed drought and saline. Usually, varieties released under Saline are termed SALINAS and for Rainfed drought SAHOD ULAN. However, the variety was released in both conditions simultaneously and was officially named GSR8. In the National Cooperative Yield Trials, GSR8 out yielded the best checks by more than 20% in both these conditions. In IRRI-conducted MET trials under irrigated it was the highest-performing variety. It is also flood-tolerant, cooks well, and is popular with farmers in the Philippines. Interestingly, GSR8 was released officially in 2018, the year when IRRI celebrated the 50th year of the famed IR8 rice variety.

Learn more about IRRI (www.irri.org) or follow us on social media and networks (all links down the right column).